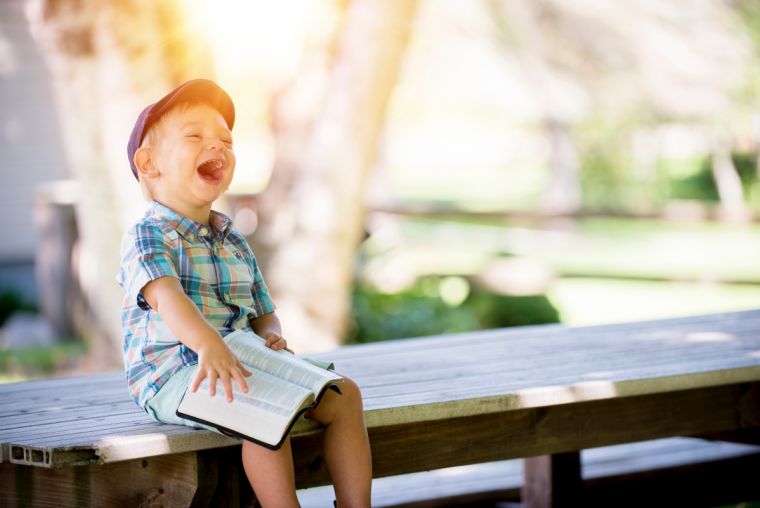 Years ago, when my grandmother (we called her Nanny) passed away, I remember driving up with my mother to the funeral. She had asked me how I was feeling. It wasn’t sudden, but I was very close with my grandmother, and felt a deep sense of sadness at her passing. As we drove, I began telling my mother some of the things I remembered about my nanny. How Nanny would make me peanut butter and jelly sandwiches when she watched me (she always used Goober, the peanut butter and jelly mixed together… loved that stuff), all the soap operas she would watch (she LOVED The Young and the Restless) and how when she got together in her backyard with the neighbors (the Capari’s), I could never quite figure out what the heck they were talking about because they would speak in Italian to one another, change to English for like a millisecond, then back into their native tongue.

When my mother and I finally got to the funeral I saw a great number of my family members all sharing in that deep grief and sadness I was feeling. Although I was at the funeral and feeling this sense of loss, there was also the fact that I was just talking about these great moments with mother that had us laughing for the last 15 minutes. I felt a bit guilty when much of the talk around the funeral was how sudden (what?) my Nanny’s passing was, or when I listened to people sharing stories about how sick Nanny was towards the end. The funeral itself had become filled with talk of my nanny’s only most recent sad and hopeless moments of illness.

I started in with one of my favorite ‘Nanny stories.’ One about my cousin (who was more like a brother to me), who I am very close with. When he was around 14 years old, he called me from his house.

My cousin (very whispery tone): “Louie! Louie, you’re not going to believe what I did!”

Me: “What happened?” I was younger and just happy to be included!

My cousin: “I called Nanny and told her that her apartments were on fire!” Nanny owned these apartments behind her house. I was already laughing.

My cousin (putting on a deep older gruff voice): “Is this Mary Bevacqui?”

My cousin (still keeping in character): “A concerned citizen, ma’am. The apartments behind your house are on fire!”

But before my cousin could tell her it was him – Nanny shouts: “Momma Mia!!!” (phone hangs up. Nothing but dial tone.)

I could barely speak I was laughing so hard, but I remember the tone of my cousin’s voice, he was so concerned with the repercussions.

My cousin: “I don’t know what to do Lou, I tried to call back but the phone -”

Like a horror movie, I could hear footsteps on my cousin’s end of the line coming from the background and getting closer…

My Uncle (yelling!): “Boy! You are gonna’ get it!!!” Then the phone went dead! Nothing but dial tone.

I threw the phone down, creating distance from me and the punishment I’m sure my cousin was getting!

We were all laughing at the funeral and the crowd got bigger around us. More stories were told, one more entertaining and heart-felt than the next. We were all giving of ourselves, sharing these funny family stories. Instead of distancing themselves from it, they brought themselves closer. The energy and laughter were infectious.

There was great sadness at my nanny passing and we would all miss her terribly, but our connection with her could be celebrated in another way. I could determine how I felt. I wasn’t going to push away the sadness, but I also wasn’t going to push away the joy. The joy of having experienced so much life with my nanny. Funny, authentic, and real things that at first didn’t seem appropriate for the situation. For a funeral parlor. But there is a greater truth I learned that day:

I govern the way I feel by choosing my perspective and the actions I take.

Our environment can be a catalyst for our emotions. If we are not aware of how we want to feel or even what emotions are inside of us at any given time, we can easily take on the emotions of our environment. We may feel a false sense of responsibility to feel uncomfortable, sad, or forlorn because we believe that’s what a situation demands of us. But the truth is, emotions are felt within us. Though we try to push uncomfortable ones outside of us and bring the ones we think feel good to us closer, they ALL have to go through us. Therefore, one emotional truth stands above all else:

All emotions are built inside of you.

When we look for emotions outside of ourselves; when we seek them in situations, in people, and in events, we can quickly become disappointed or sucked into feeling something that we don’t want or aren’t actually feeling in the moment. I already had joy and a feeling of love and warmth for my nanny when I went to that funeral. Even though I also felt sadness and loss, my stories about my nanny were lighter and fun, and they leaned towards joyous memories instead of just getting lost in the sadness that was outside me.

The joy, warmth, and humor from recalling those memories, images, and focusing on those feelings that were subsequently created inside me caused me to leave my nanny’s funeral feeling two things: one was a great sadness for the loss. The other was great joy at having my family with me while we created memories together that reflected the kind of woman that my grandmother was to each and every one of us. I chose to recall good memories of my nanny and the emotions attached to them that filled me with laughter, joy, and love. Not only were those memories appropriate, they were necessary. Necessary to celebrate her full and rich life, as well as a catalyst for others to find the joy that Nanny brought to their lives.

5 Replies to “What Creates Our Emotions?”